Robert Westbrook, President of the Schertz-Cibolo-Universal City ISD Board of Trustees, has been reelected to another three-year term on the Texas Association of School Boards (TASB) Board of Directors, representing TASB Region 20, Position D.  Mr. Westbrook was elected to the Schertz-Cibolo-Universal City ISD Board in May 2011 and is currently serving as board president.

He is a graduate of Churchill High School, the United States Military Academy Preparatory School, and Texas State University. He also attended the US Military Academy for his first two years of college. He earned a master of business administration degree from Webster University.

Professionally, he is a fire chief with the San Antonio Fire Department. He holds certifications as a paramedic, hazardous materials technician, wild-land firefighter, and fire science instructor. Additionally, he has completed the City of San Antonio Leadership Development Program.

He is a member of the Omega Psi Phi Fraternity and the Urban Management Assistants of South Texas. He also has served as secretary of the Texas Caucus of Black School Board Members.

TASB is a nonprofit association established in 1949 to serve public school boards. School board members are the largest group of publicly elected officials in the state. The districts they represent serve more than 5.4 million public school students. 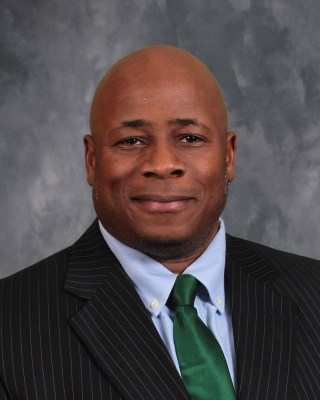